At one time Wadsworth was an important town on the railroad hosting company shops, a roundhouse and employing large numbers of people. Then in 1904 the Southern Pacific rerouted the mainline and left the town high and dry. The remaining settlement – it’s not even a town any more – was the first stop on the Modoc Line after leaving Fernley.

I’ve been to Wadsworth a couple of times and the strange thing is that I’ve never seen a single soul on the streets. People live there but an atmosphere of desertion and emptiness pervades throughout. I now regret not taking any photos of the town as it is still an interesting place. The old school building that had been abandoned for many years burnt down a few years ago. It was one of the last reminders of Wadsworth’s busier and important role of the past. 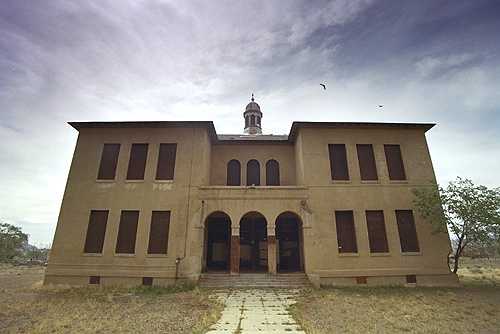 However regardless of the history my main interest in Wadsworth was the old railroad bridge across the Truckee River which I spotted while on a ghost town vacation across Nevada nearly ten years ago. 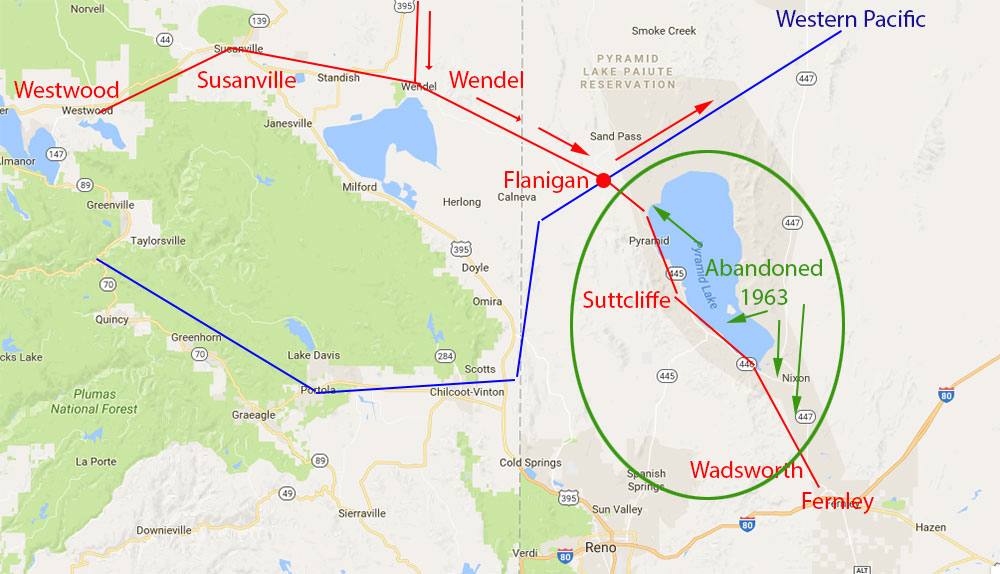 The line between Fernley and Flanigan was abandoned in 1963 and from that time trains coming off The Modoc Line were sent up along the Western Pacific to Weso – just east of Winnemucca. The bridge has remained in place ever since. 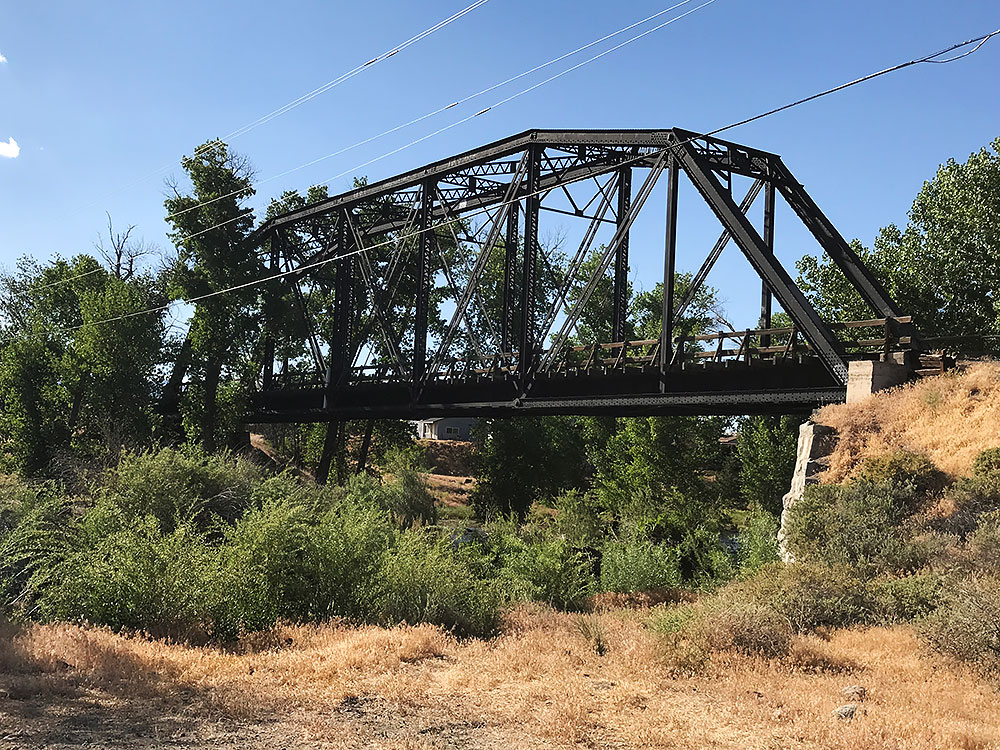 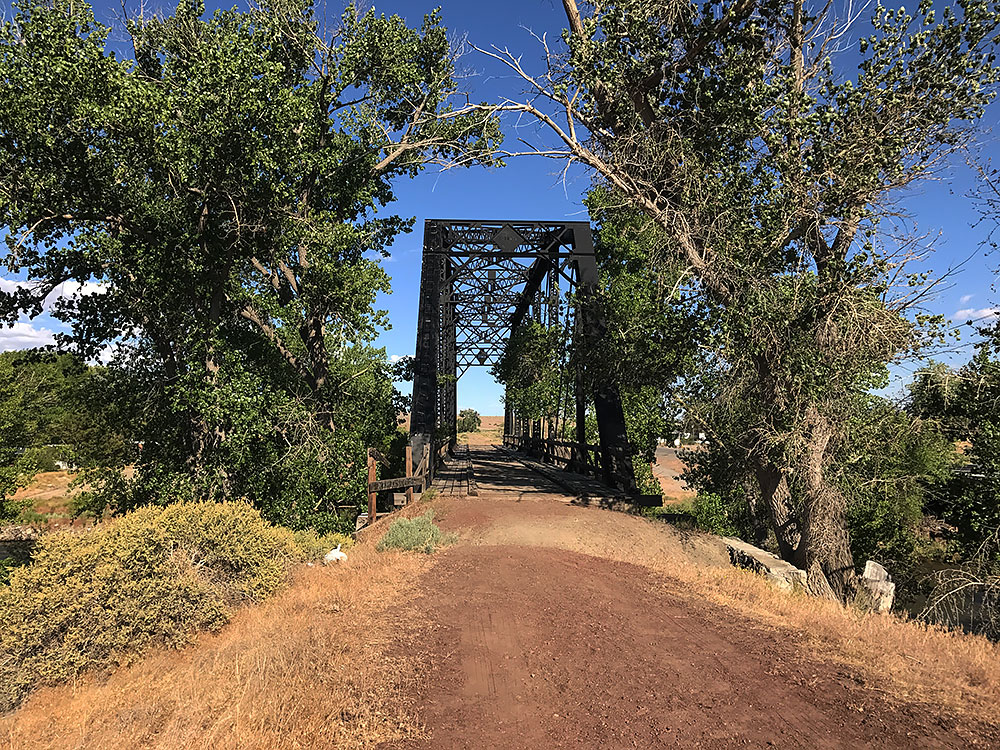 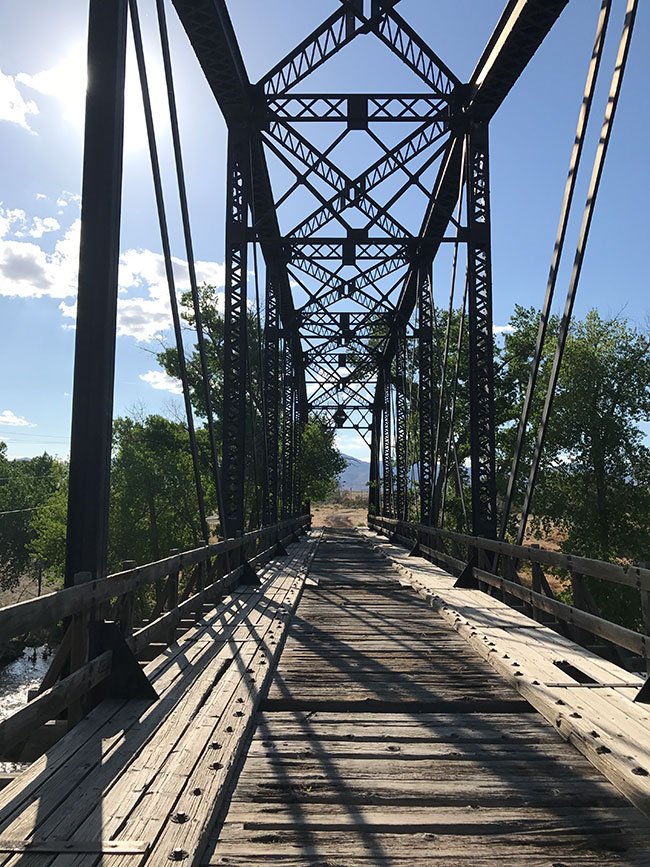