In the meantime wanted to post something about tools. I like to make tools and I like to collect tools. Some tools get plenty of use while others not so much. Some tools are purchased and then sit in their boxes for years before I can find a use for them.

As I like to use natural materials as much as possible I needed a way to separate out the various grains that make up mixed soil. I don’t do this in advance – only when I need the material for a project I’m working on.

I searched the internet for a way to filter the soil came across this set of soil sieves. This 6 piece set is made by American Educational (3070-6) and cost around $75 plus shipping – not cheap. I couldn’t find anything cheaper. The set is around 6 inches in diameter – perfect for storing out of the way when not in use.

I recently purchased from the UK something called ‘layering spray’. It is made by WWS and is used for adding a second layer of static grass over an existing layer of static grass. I found adding a second layer of grass of a different color or size (6mm on top of 2mm grass for example) really brings a grass layer to life and adds a nice of variety of colors and textures. I’ve since decided to use matt varnish to do the same thing but in the meantime I received this bottle of spray. It was not quite what I ordered as I wanted the version that came in a pressurized spray can. However it turns out that pressurized spray cans cannot be mailed from the UK so they sent me this push spray bottle instead. I doesn’t work very well and the spray is very uneven and doesn’t atomize the liquid in the same way a pressured spray can do. 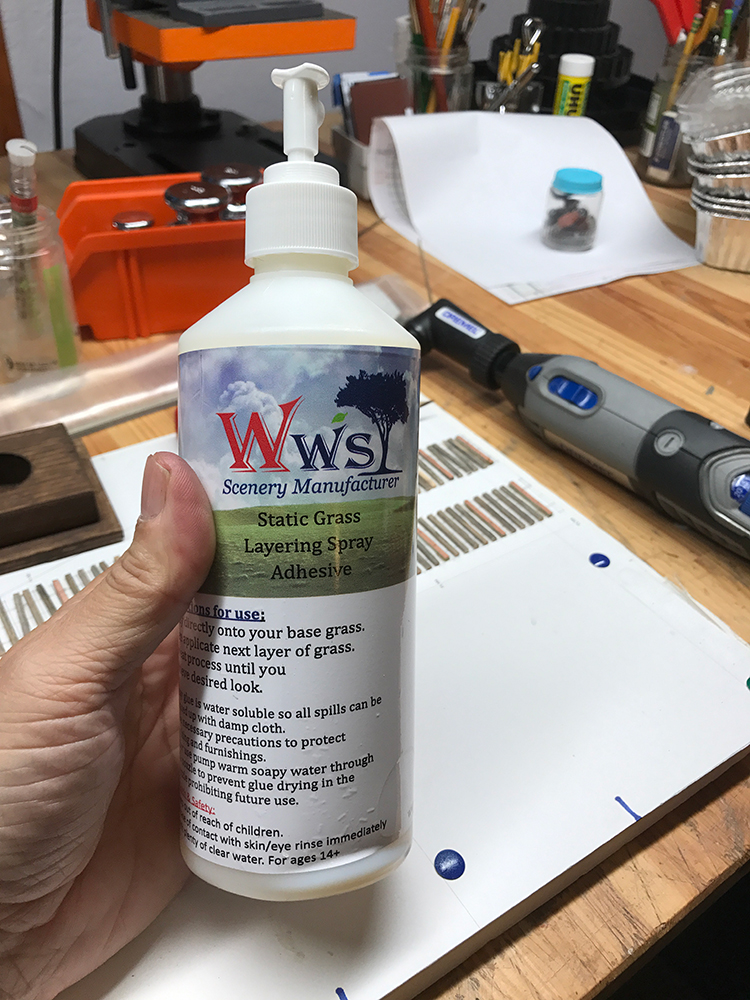 To properly atomize the liquid in order to provide an even spread of finely sprayed glue I purchased this spray system. It is made by Preval and cost around $12 for two cans and two attached liquid holders. I haven’t yet tried it and actually I now add a second layer by using matte varnish but I’ll post something about this once I have done a few experiments with it. 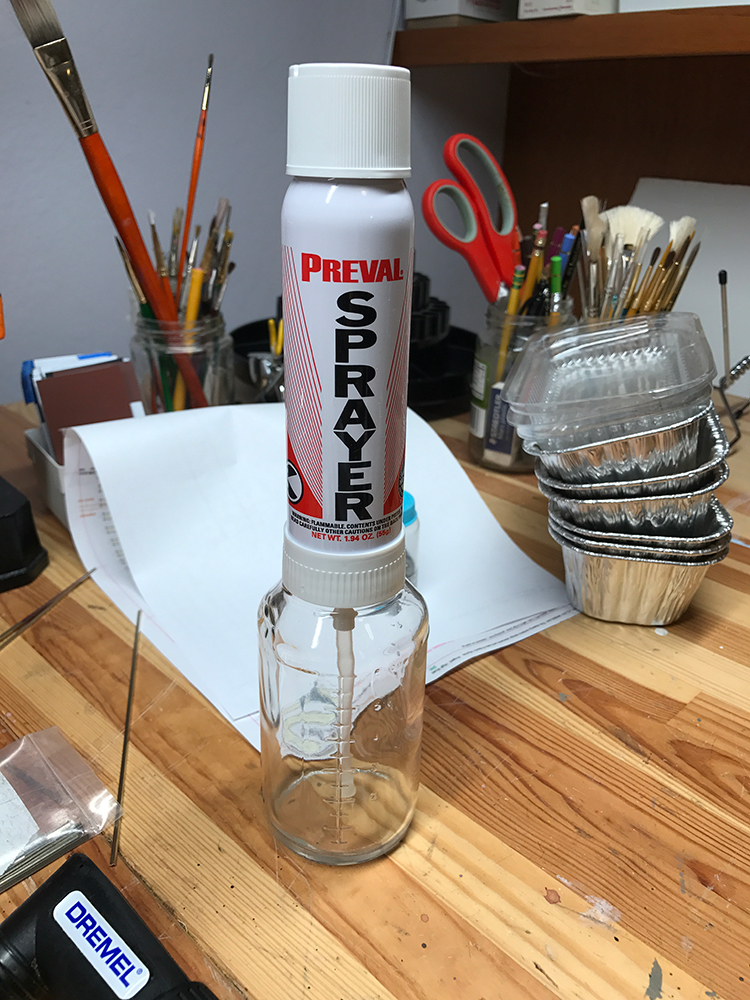