At last it is done. This part of the project was the most difficult and stressful. The trackplan was designed around the crossover as I thought it would make for a visually interesting area of the layout. However having never built a crossover before I ended up spending alot of thought on the problem – going over the process again and again in my head before starting work on it. I’m glad to now be able to stop over-thinking the problem and finish the remaining turnouts. However I may delay wiring and take a break from the track once it is all laid. I want to start working on some buildings. I’ll see how I feel once I’ve built the final turnover. I still have three more turnouts and one more crossover to do. Turnouts take two hours each which I spread over a couple of evenings because I find it exhausting. There’s a lot to get right and a lot that can go wrong with handlaying track so it’s best to not work too hard and spread the process out over several evenings.

And so finally after painting: 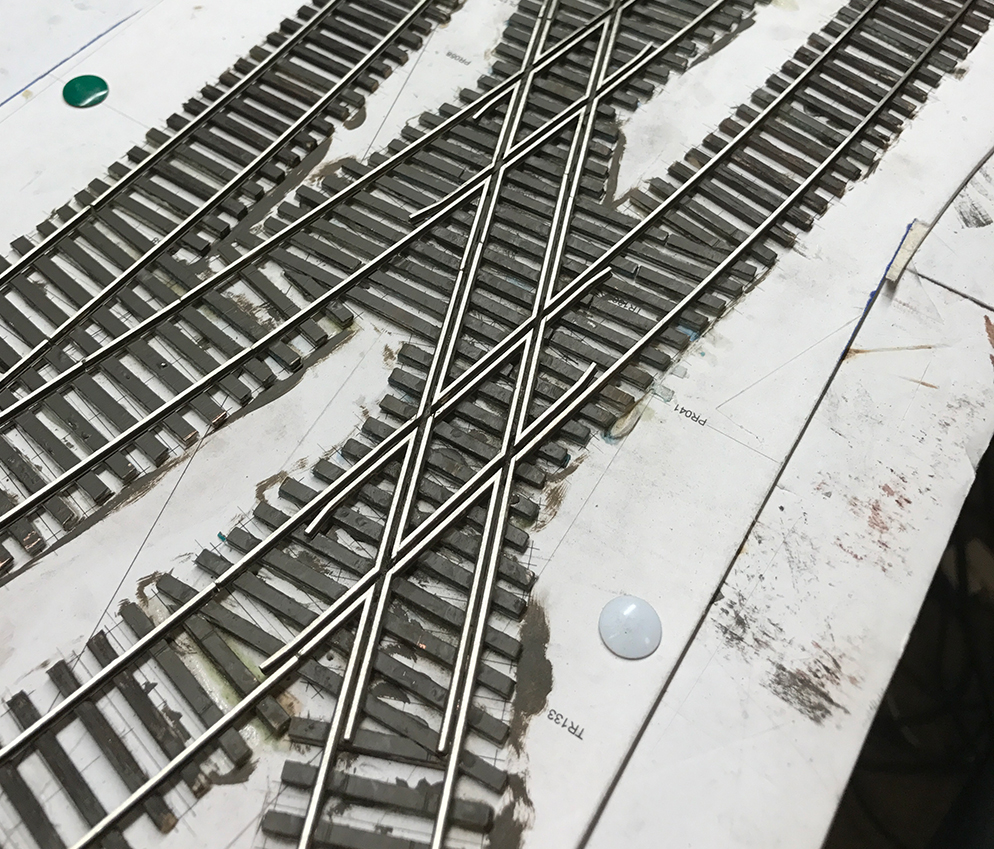 The painting is just a rough coat and the colors of the rail and ties will change once I start working on the trackbed. I can’t do the trackbed until I’ve worked out fully what is going to happen at each stretch of track. The  trackbed landscaping will depend on its surroundings and usage. More on that another time.