The project was started simply because I wanted to present models in a realistic setting while I worked on them doing detailing and weathering. A photo-box is an ideal way to display models in their natural setting under controlled lighting. The concept evolved quickly from a simple embankment located along the branch-line in flat countryside and was eventually set in a wilder and more spectacular setting. This change occurred because I wanted more of a challenge and a chance to really dig deep and learn as much as I could about landscaping models.

Things went slowly though. I scratch-built everything and this probably slowed things down. Also it was my first attempt at landscaping and the fact that I had to figure out how to do the various tasks involved (such as making realistic grass, build the embankments, build the bridge etc) ended up with the project taking more time that expected.

What was interesting about the project was how much more I paid attention to the world around me. I closely observed nature and wondered how to replicate in miniature form the wide variety of plant life around me. I realized that compared to real-life modelers have a very limited range of products and techniques at their service. Moving forward I want to figure out how to model a wider array of plants.

While working on this I kept these qualities in mind as a guiding force:
​

I think I came close to achieving some of these qualities but didn’t get quite as far along as I hoped. For example I was over-cautious with color and things look a little flat. I’ve since figure out how to make the grass ‘pop’ more (using brighter static grass and also spray paint the grass a variety of colors) but this lesson will have to be put to use on the next project. 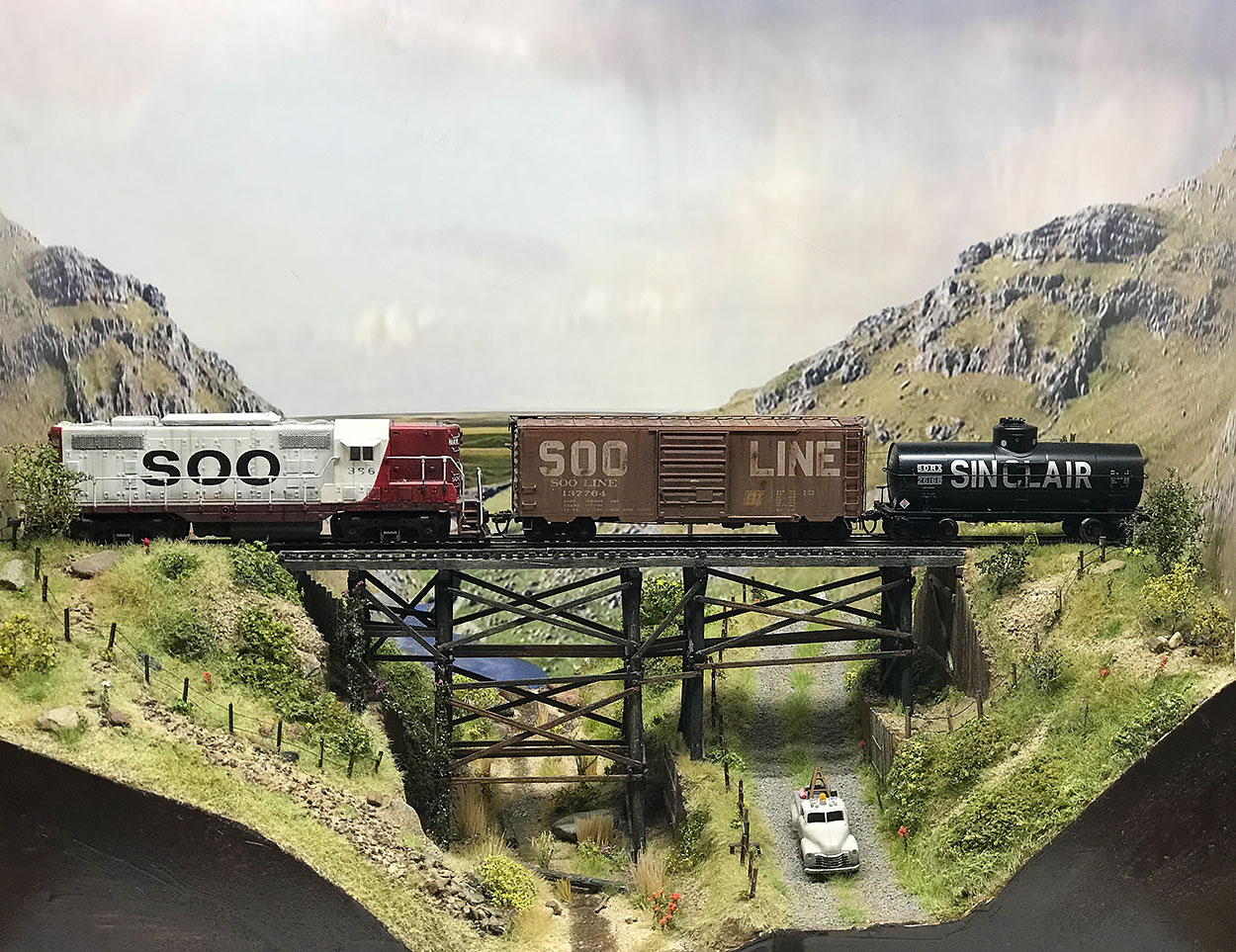 Anyhow I’m glad the project is over. It was immense fun but I’m ready to go full speed ahead on The Town project. This poor project has been sitting somewhat forgotten under my workbench. I’m hoping to get back to it this weekend.