Continuing on from last week. Here are some more tools that I’ve recently acquired or made.

I like to make tools to solve simple problems and a recent example was a paint holder. I’ve been constantly knocking over jars of paint on my works surface and so one day I decided to do something about it. I had these hole saw drill bits lying around so I used my press drill to cut holes in some pieces of wood and then stuck them on a base. After staining the wood I had two very nice paint holders.

A while ago I discussed how I made scenery scratch pads. They’ve been very useful for quick tests on the go while I’m buried deep in a project. However I realized that I also needed a more permanent record of a certain effect that I could refer to in say, six months time. There can be long periods in between types of projects such as landscaping and I forget quite a bit during that time. I wanted to figure out a way to not only test vegetation ideas but also have a permanent record of them with notes that I could refer to in the future.

I decided to create ‘scenic testers’. I purchased a bunch of mason jar lids from Amazon for around $7 for around 12 lids. I filled them with ‘goop’ – the same soil layer that I used on the scratch pads and let them dry for a few days.

Now I’m able to put together tests of grass and vegetation. These are permanent records of a method and by keeping notes on the back I can refer back to them in six months time – long after I would have forgotten the ingredients and steps to make each one.

I found that for accurate work while scratchbuilding I needed perfectly flat surfaces. I had these two glass work surfaces made for me by my local glass makers. They have polished and beveled edges and are very sturdy (and heavy). I added little pads beneath them to help them grip the table. They sometimes need a good clean but I usually clean them just before starting a new project. 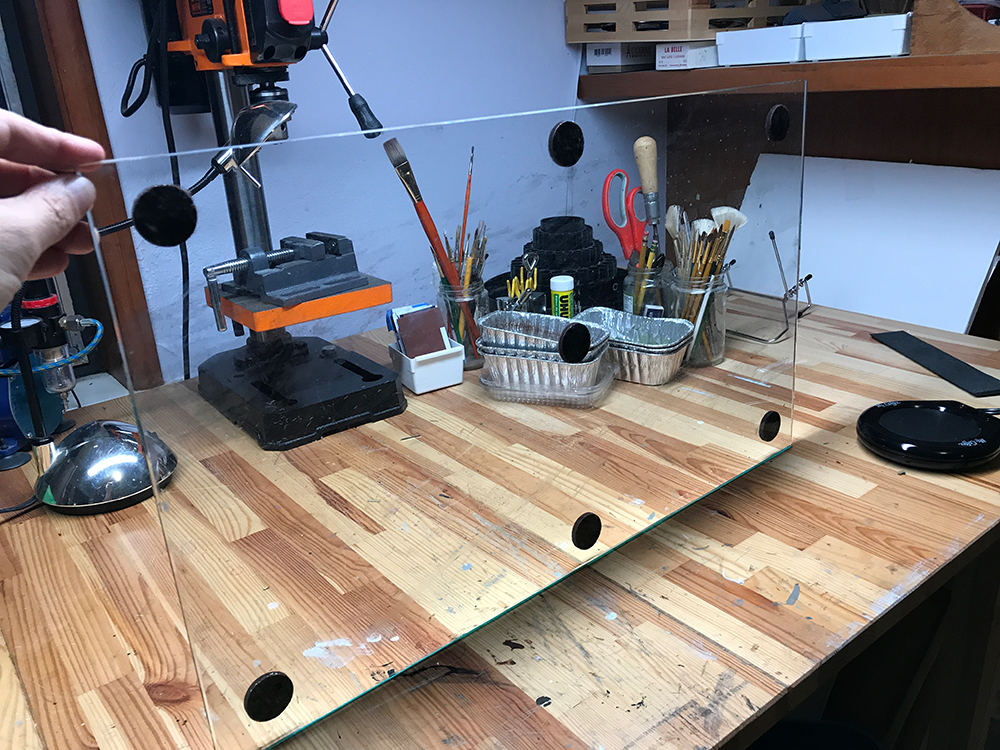 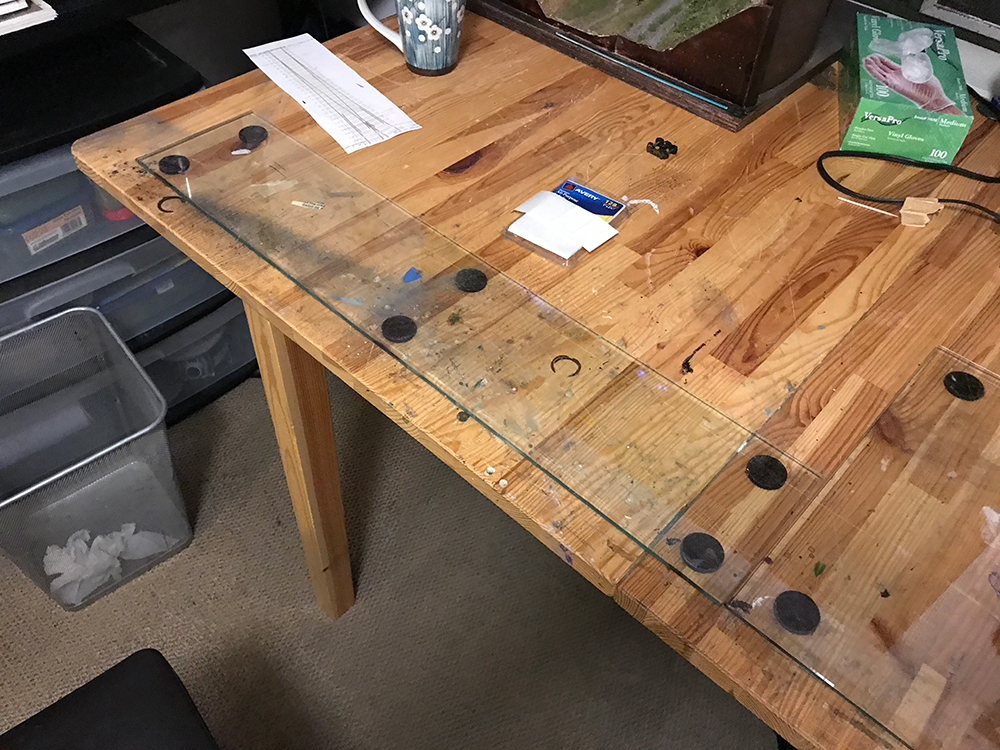