It took a couple of weeks for my bus clamps to arrive so I just carried on dropping wires through the board to eventually connect to the bus. The black is positive, the is red negative and the green (that power the two-pole frogs of the crossovers) will switch between the two poles via a DPDT switch. 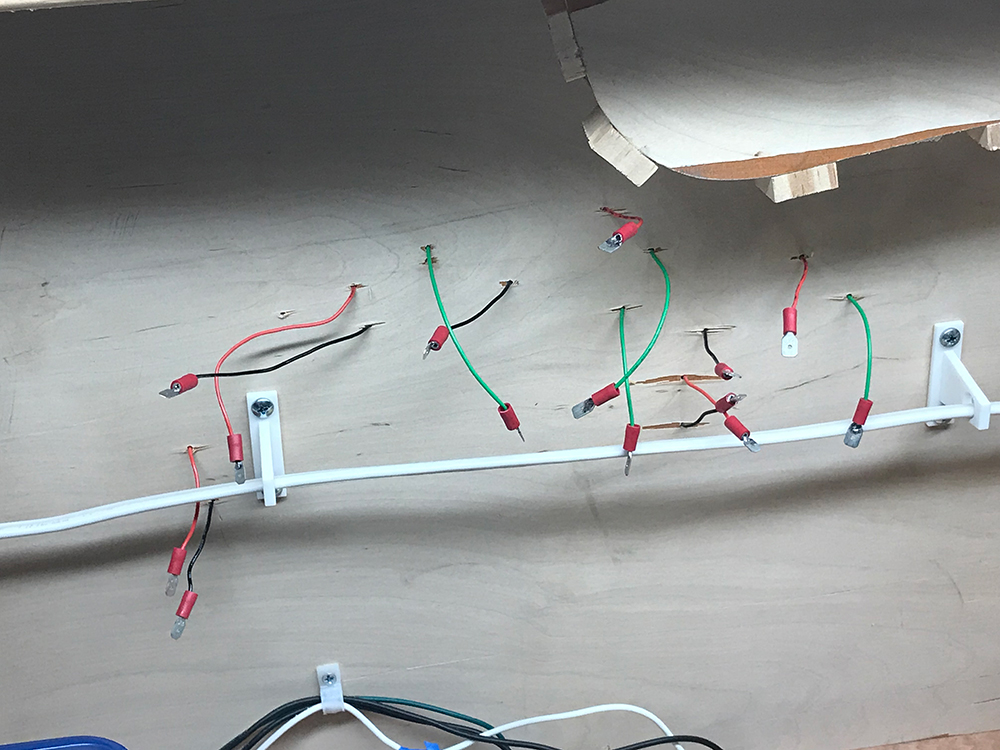 The clamps arrived from Shapeways last week. I had six made for each bus. I just ordered six to begin with to make sure they would do the job properly. They do. They are incredibly strong and hold the bus securly away from the underside of the board. Keeping them away from the surface makes cutting into the bus so much easier when connecting to the track wires.

I decided to build a staging platform for the DC wiring. The platform serves several purposes: