The Modoc Line heads out of Wadsworth in a north-westerly direction towards Pyramid Lake – about 34 miles in distance. For much of the way the line is visible from highway 447 so I was able to find a few locations to take some photos of the abandoned roadbed. The roadbed itself has been partly paved so it is quite easy to drive on. However being alone and not sure of the tires of my 4 wheel drive I decided to not chance it for this trip and kept to the main road. Smaller roads would leave the main highway and cross the line at various points so I was able to get a good view of the roadbed from these crossing points.

Here are some crossing points:

The Truckee River runs along much of the same route as both the Modoc Line and the highway and what is interesting is the way it greens up the surrounding land either side of the river banks. The contrast between the dry dusty desert and this snake-like oasis is striking. In many places this strip of land is farmed. 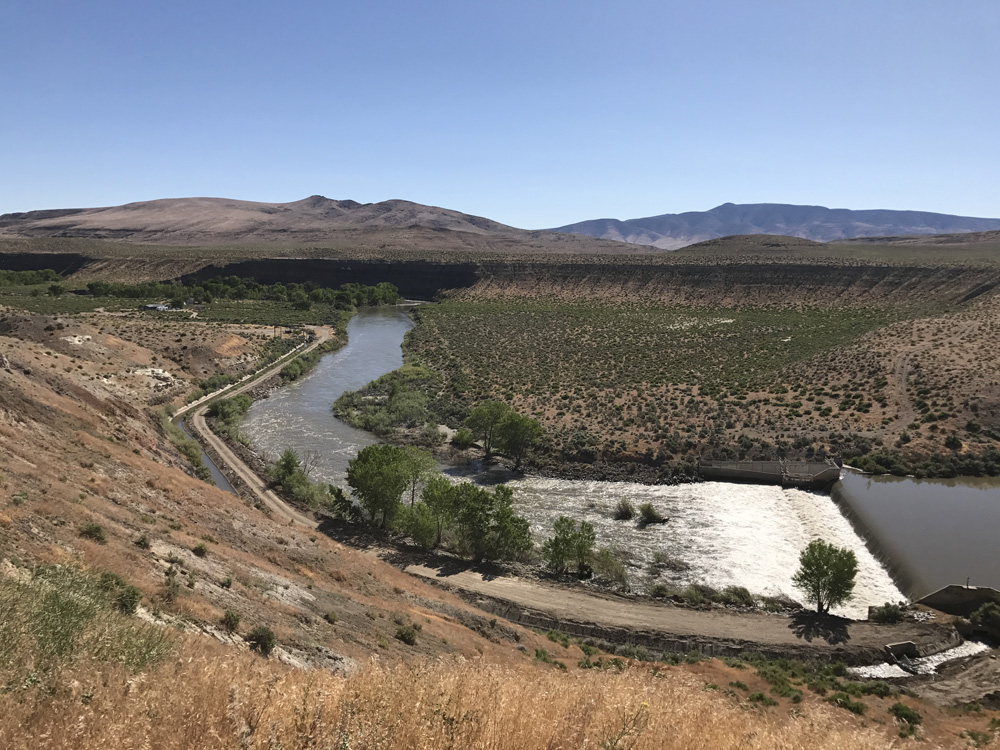 After a very pleasant drive up the Truckee River valley I eventually reached Pyramid Lake. The lake is fed primarily by the Truckee River and has no outlet: water just evaporates out. It is a spectacular location. The railroad continued to follow the highway alongside the lake. My next destination was a town called Sutcliffe situated midway along the western bank of the lake through which the railroad once ran. 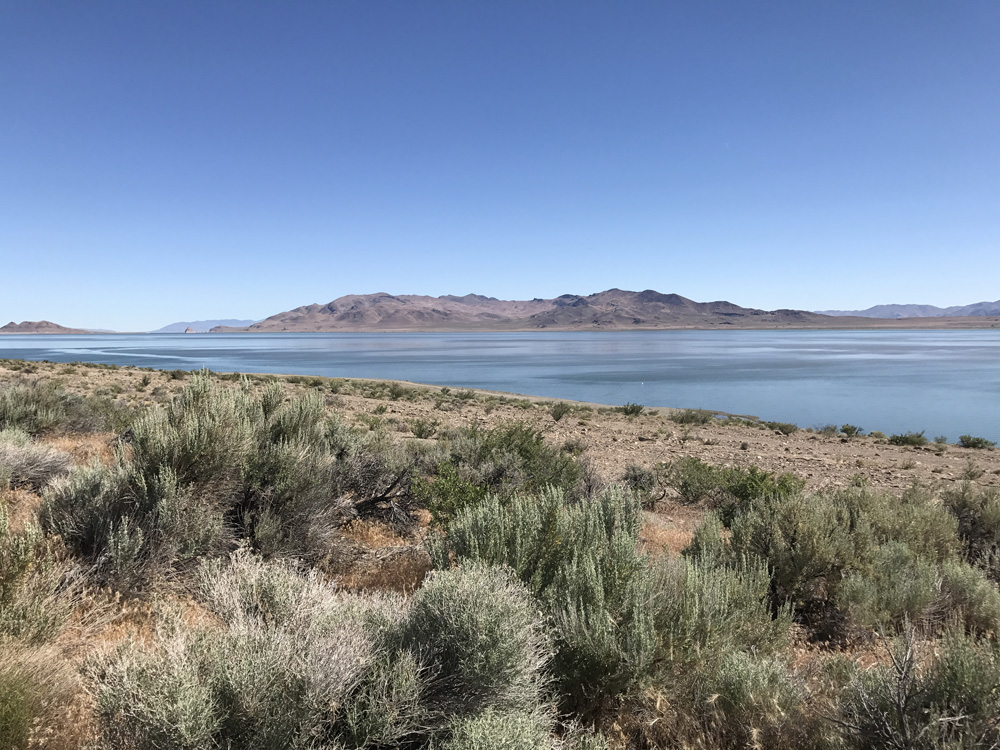 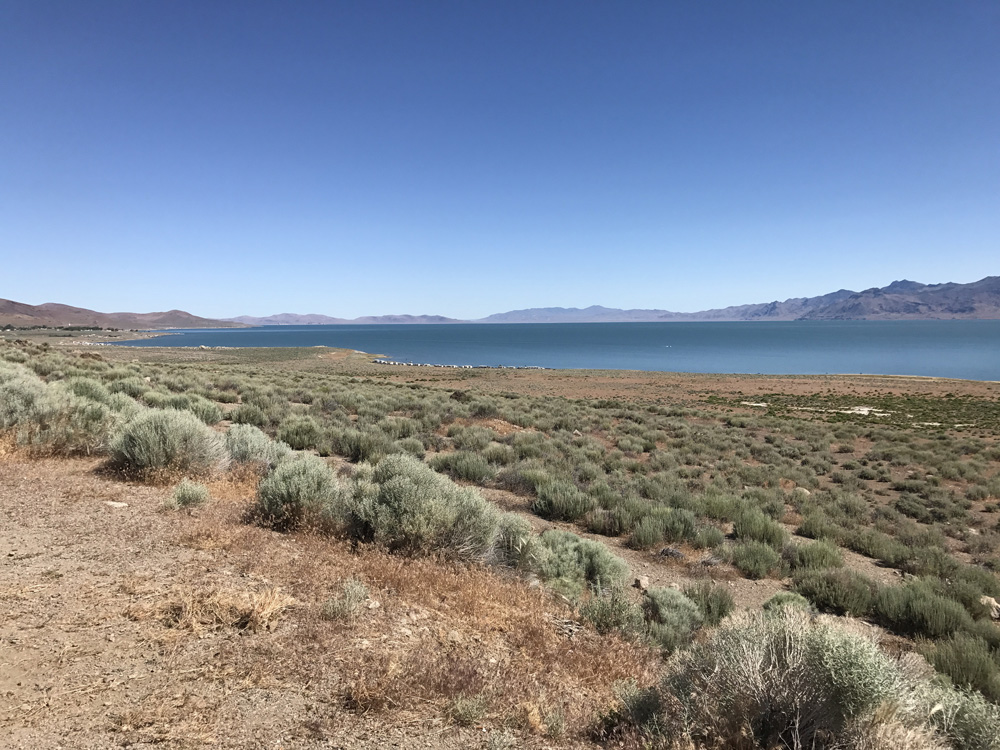 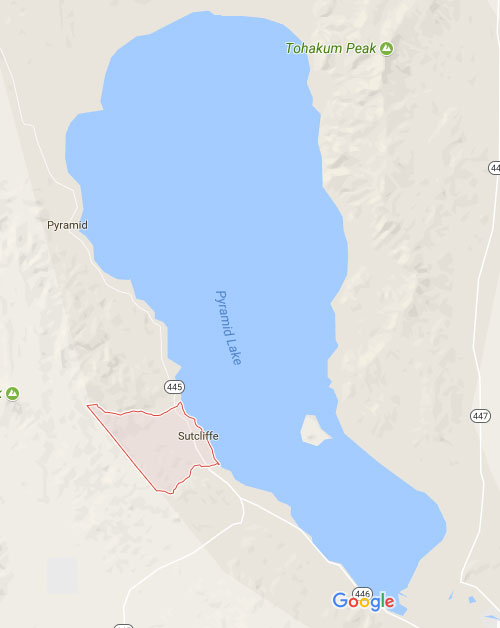 I eventually reached the settlement of Sutcliffe (population 250). Aside from a place called Big Canyon and Wadsworth this was the only location that water was available for steam locomotives. My goal was to visit and photograph the original water tower that has been left in place ever since this part of the route was abandoned in 1963. Sutcliffe was founded in 1880 by Jim Sutcliffe as a way station to serve as a camp for cavalry troops and an overnight stop for the Reno to Ft. Bidwell stage. The railway through the settlement was abandoned in 1963 when it was rerouted via the Western Pacific. 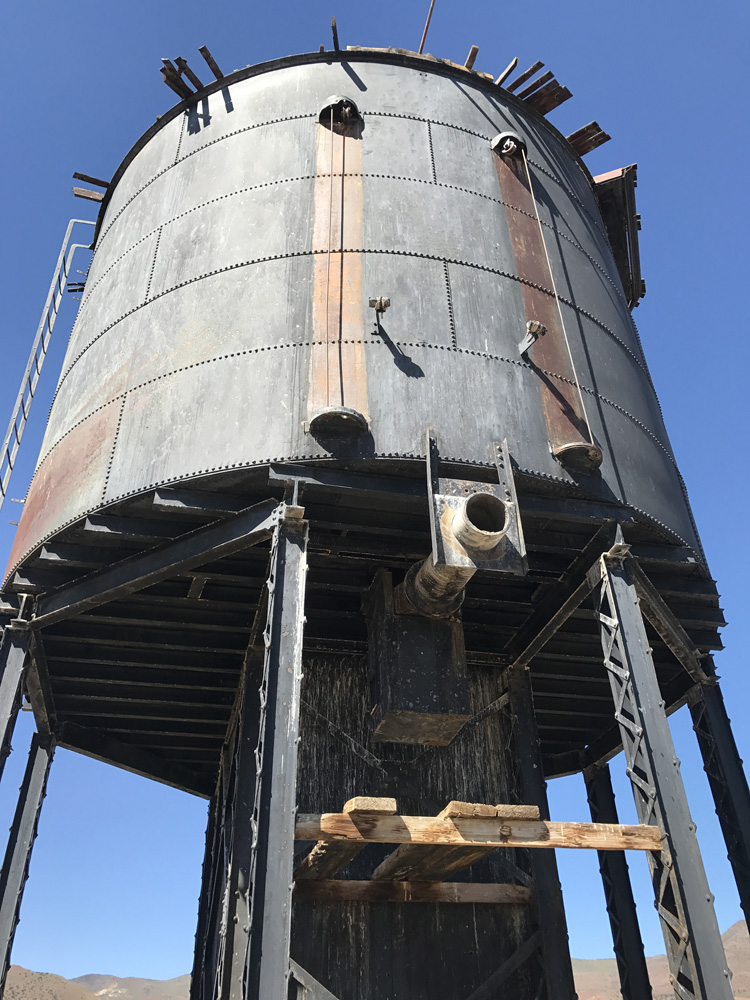 The roadbed heads north out of Sutcliffe and then leaves the lake in the north-western corner. The road pavement ended and I wrongly assumed that it was closed so I had to detour back to Reno and approach my next destination – Flanigan – from the Nevada-California border.

This part of the journey was spectacular. The lake view was really stunning and I can’t wait to get back here for another visit in September.