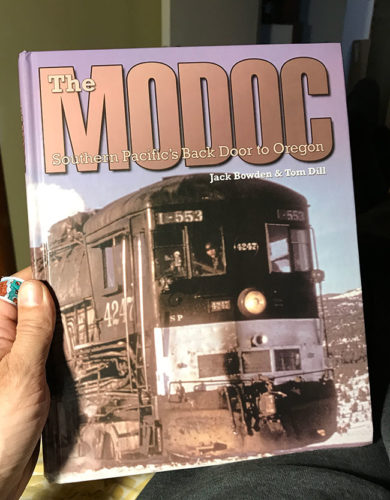 After reading Jack Bowden and Tom Dill’s book on the Modoc Line – a cross-desert railroad that began in the north-western corner of Nevada – I decided to take a couple of days off work to go and trace part of the route.

The 279 mile line was built by the Southern Pacific to link Klamath Falls in Oregon with Fernley in Nevada. It opened in 1929. Intended as a short cut through the desert the line provided a faster route for shipping lumber to eastern markets. The longer alternative route would have been through the Sierras. 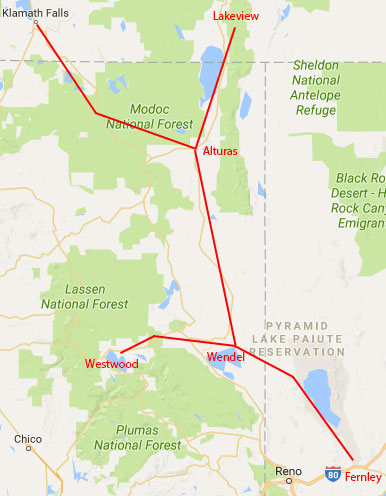 The line was comprised of a main line between Fernley and Klamath falls but had two additional branch-lines to Lakeview and Westwood. These branches were a legacy of the railroads that were either built or acquired by the Southern Pacific in order to complete the link between  Oregon and Nevada. The Modoc line was originally comprised of two earlier railroads: The Nevada-California-Oregon Railroad and the Fernley and Lassen Railroad. The Southern Pacific built a third railroad: The Modoc Northern, to complete the link to Oregon.

Between 1929 and the time of abandonment the line went through the familiar tale of pre-war boom and bust and the post war gradual decline. The last train ran in January 1997 and line has been either abandoned or sold off.

I decided to take a couple of days off to trace the first of the three original railroads the made up The Modoc line: The Lassen and Fernley Railroad. The mainline of the original railroad from Fernley to Klamath Falls is around 300 miles long and which would have taken around 4 days to explore if I included the branches so I decided to just explore the southern section. 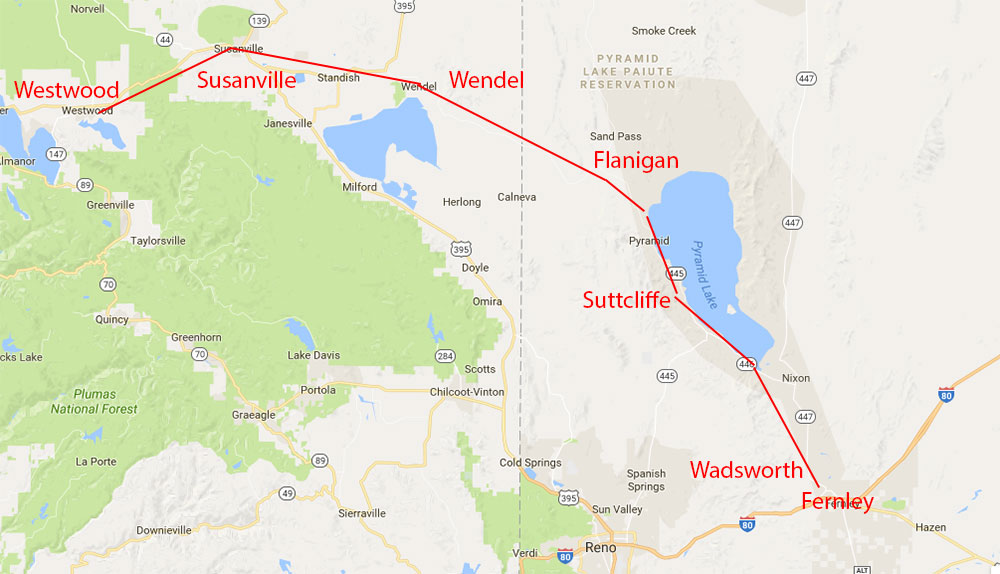 On arriving in Fernley (after a four hour drive from the Bay Area) I immediately went to explore the main line – the original Central/Southern Pacific Overland Route from which the Modoc Line branched. There wasn’t much to see: just a few spurs to a couple of industries and the original wye that took trains off the Modoc Line and sent them east or west. Part of the original mainline leading to Wadsworth (about a mile from Fernley) has been retained for storing cars.

Next part of this trip: Wadsworth