Back to the project afer a short break. I continued to lay missing sections which I then isolated followed by the turnouts and finally the crossovers.

Isolating the track is intensive fiddly work and it gets messy and dirty. It’s not exactly fun but once you get going it can be done quite quickly. Using my grain of sand bulb I isolated all the straight sections and then the turnouts. The biggest and most upsetting issue was the fact that I had to make large cuts into the copper surfaces of the PCB ties to get them to isolate them properly. These cuts will not look good in close-up photographs so I  have to fill them somehow. I’m going to try wood filler, plastic filler and finally my favorite: Woodlands Scenic’s foam putty.

And so to the hardest and most important set of track work: the crossovers. the each have to have the corners isolated from each other as well as the rest of the track work. Ugly cuts have to be made in the center of each section. I started using a razor saw for the first crossover which cut very thin gaps in the rails.

The hardest part of this project was the double crossover. It didn’t look pretty to begin with and certainly after chopping and cutting it looks even more messy. However all the sections are now isolated and ready for wiring. I gave up on the razor saw as I wore out the blades and switched instead to the Dremel. The cuts are wider and more noticeable. Once again I had to cut into the ties quite deeply but once again the ties will be covered over as the ground will meet the height of the rails.

So with the track mostly laid (the coal spur will be laid once I start working on it.) it is time to start wiring. There are two sections. Each will have its own bus which will be fed from two SPST switches. The traction line has a couple of isolated spurs powered using SPST switches. See diagram. 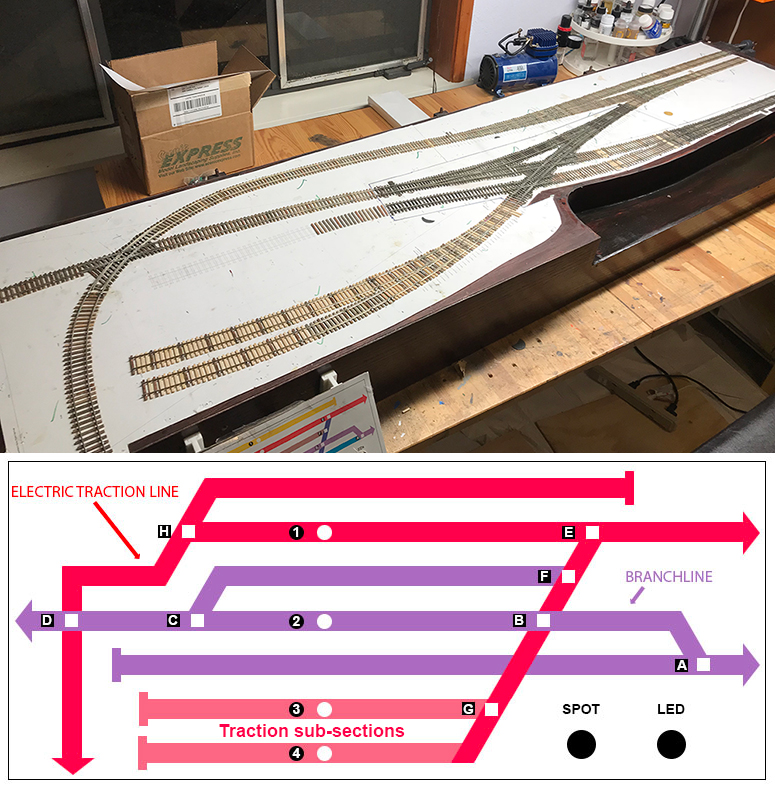 Once the buses are installed with switches I’ll connect them to the controller that I purchased. This is a hand-held device from Stapleton Electrics in Canada. It is small and saves me having to build a platform for my other controller. More on that another time. I’ll start wiring tomorrow. 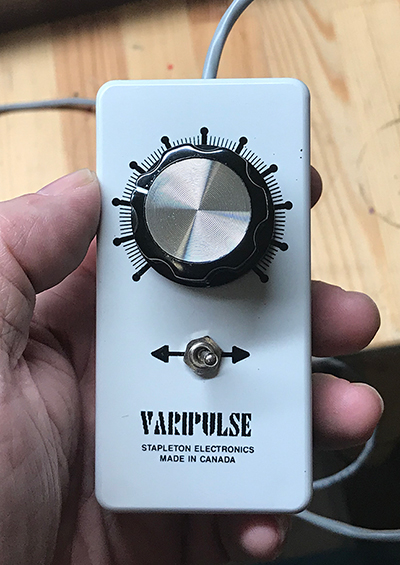