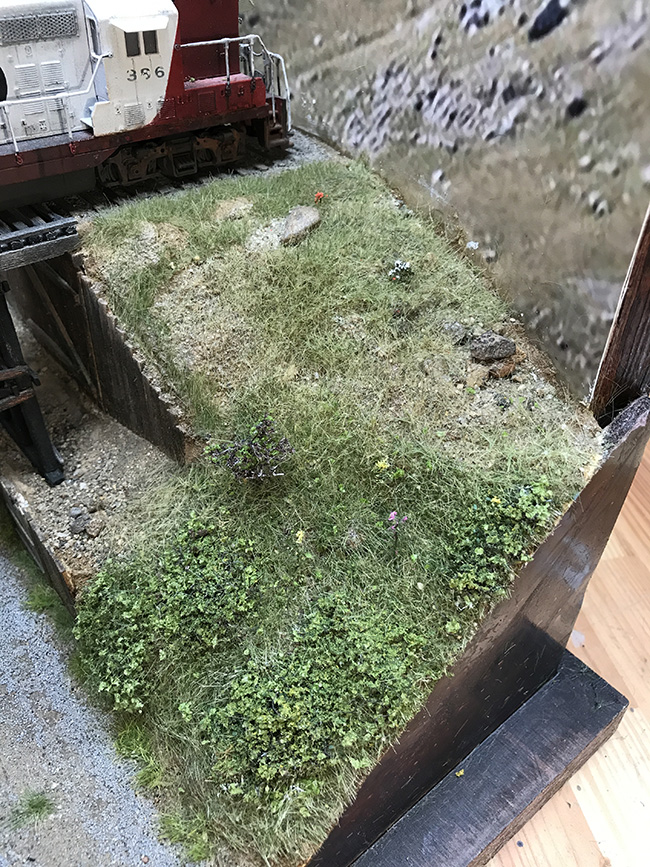 I keep staring at this scene of the east bank of the trestle I and keep coming to the conclusion that I’m not happy with it. The hardest part is that don’t know why. It should work. It ticks all the boxes: it has a mix of textures, materials, and colors; it avoids too great contrasts; I think it does a good job of reflecting the real world, while avoiding impressionism; and it tells a little bit of the story of the construction of the trestle. Yet I keep looking at the scene and finding it really boring.

When I look at art or a scene in a model railroad, regardless of the skills of the artist or the craft abilities of the modeler, the scene will reach out and grab me. I will have an emotional response to it: it will trigger memories, recognition and will appeal to my aesthetic senses. It will allow me to marvel at the makers skills and admire the modeler. this scene unfortunately does not of that.

Is it the colors? I’ve long admired the work of the photographer Joel Sternfeld. I have to admit I don’t own any of his books but I’ve seen his work in photographers magazines over the years. One series that really struck me was the Oxbow Archive series. These were a series of photographs of the landscape in a very dull light mostly set in winter. I always thought they were beautiful pictures and I often take similar photos of my own. I’ve definitely been channeling his work on The Depot which was deliberately kept very flat and avoided strong colors of any kind. I think that I’ve also tried to keep to that aesthetic on the diorama but in that instance, unlike the Oxbow archive and The Depot, this approach doesn’t work.

I’ve tried to sit down this weekend and figure this out.

Anyhow more work needs to be (and is being done) on this side. I’m not going to leave it alone until I happy with it. I’ve already added trees and defined the stony base more clearly. I’m adding more flowers and plants and colors in the next few days. 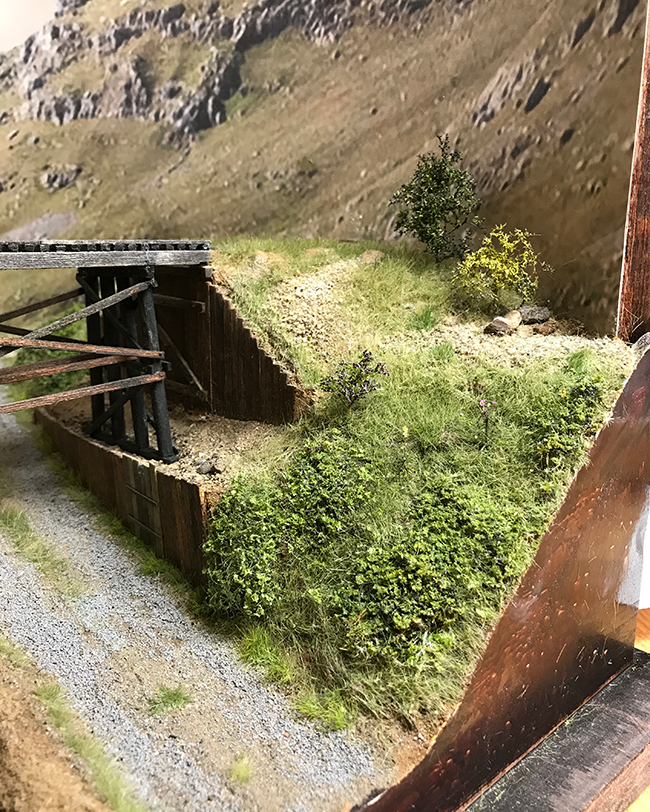