I’ve been working on the backdrop over the last few weeks. It’s not something I enjoy because I don’t like being on the computer once the work day is over. Nevertheless once I started I found I enjoyed the process more than expected. Though not perfect – there are a few errors here and there  – the result was good enough to tick it off my list and move on.

I used Photoshop to extract all the elements I wanted and then used the various tools: clone, stretch, transform to create a scene that would stretch around the diorama.

I made several changes to the latest version:

Here is the before and after picture:

Before sending this to the printer I printed out a black and white version on my home printer to make sure that things were lining up.

It took a few attempts to get the road lined up properly but I only needed to print a section with the road in different positions it was finally in the correct place (or so I thought, see below). 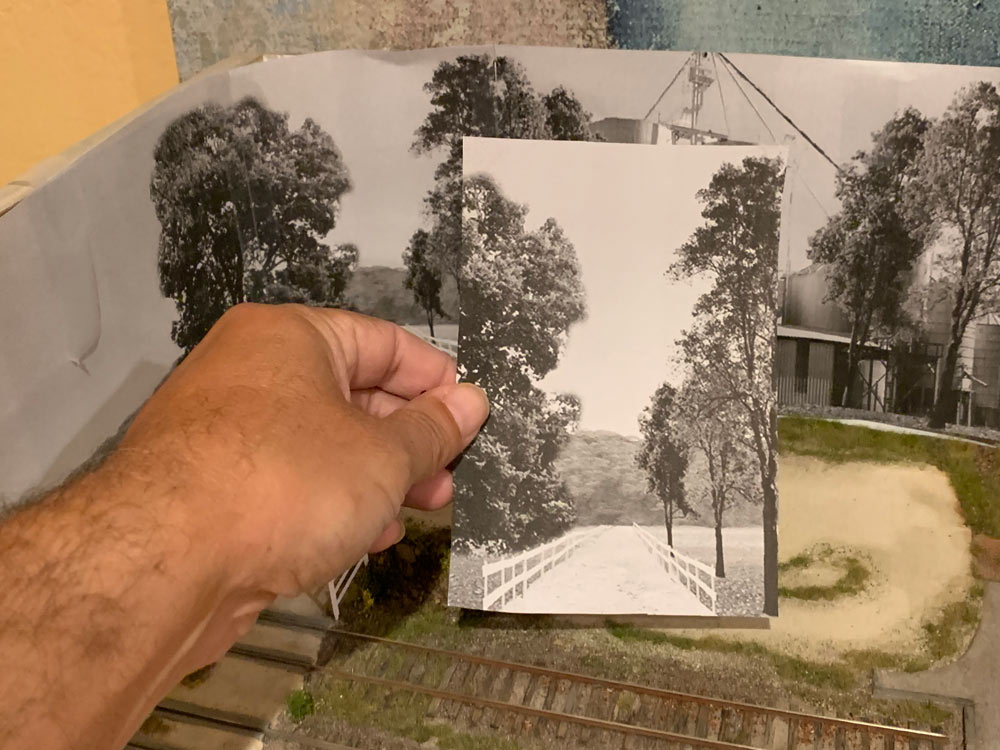 To create the fence that fades into the background I green screened the HO version of the fence and then extracted it placed it on the image. 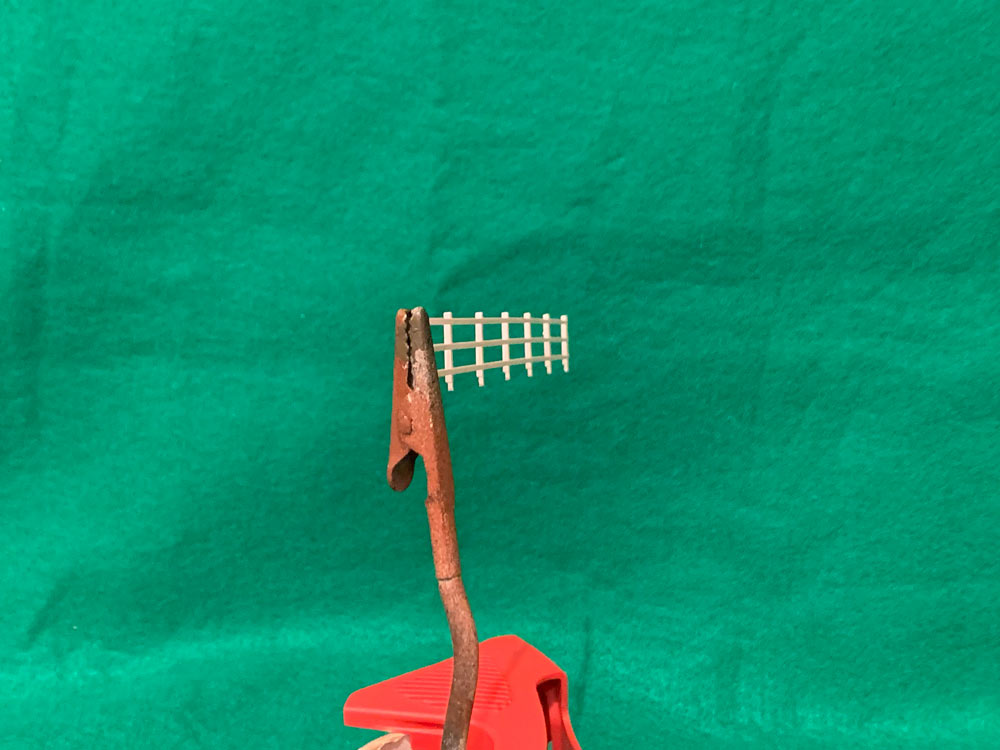 I then printed out a color version on my printer, stuck the sections together and placed it the diorama to see how things were looking. The colors are not accurate because of the limitations of my printer and the final printed version ended up looking a lot better.

Anyhow at some point I was satisfied so I sent the final image to the printers and a week later a couple of prints arrived.

I used spray glue to fix it to the back and sides of the diorama and made sure to line up the roadway correctly. 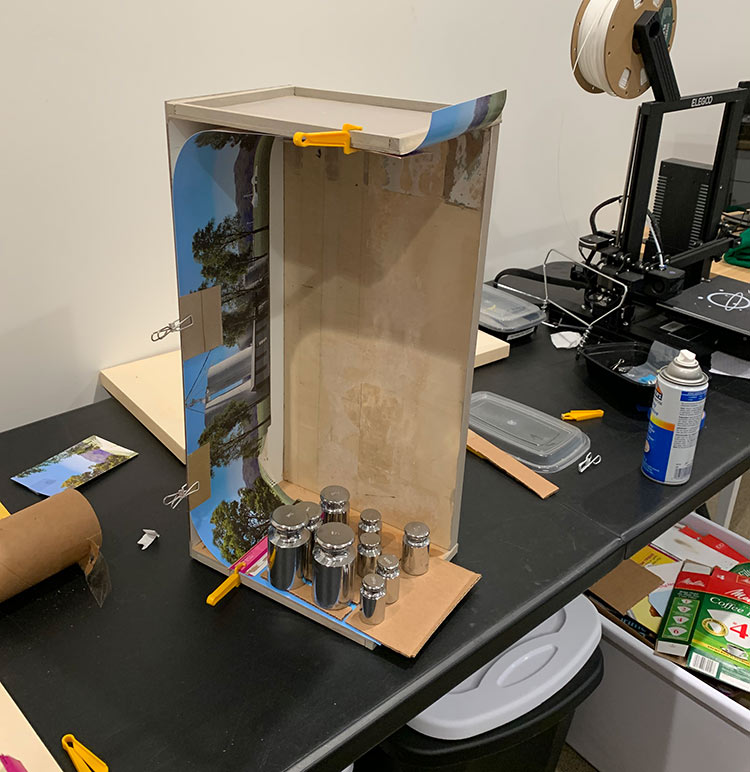 I then glued the diorama base and the backdrop together and filled in the edges around the sides.

And finally the point at which I am at:

So still lots to do: