I had plexiglass fronts installed on the model cabinet. Our new cat (we have had him six months now) is (as all cats are) very curious and has jumped up onto the model a couple of time wrecking my telephone wires and poles. I’ve already had to do repairs twice now and a while ago I put up tape in front of the cabinet to protect the layout while I figured out how to secure the area.

It took me a while to find a cheap supplier of plexiglass. The glass specialists were going to charge me $10 a square foot but eventually after chatting to my local lumber yard guy I was able to get him to speak to a guy who spoke to another guy and eventually a third guy agreed to sell me a giant piece of plexiglass for just $60! Very cheap. The remaining issue was that I had to get it from the lumber yard to my house and then had to figure out how to cut and install it. I waited until my pal Forrester came by to do some work on the house. We went together to the yard, picked up the glass and then he cut and fitted it.

We adapted some corner wood so that it created a channel for the glass to sit in. To remove it you just have to pull it out or lift it up. Either way it is very easy and quick to remove. The only issue will be keeping it clean and free of scratches. I’m using disposable gloves to lift it and periodically will give it a clean. The other issue is scratches – there are already a few. I’ve been online and found a few methods to polish plexiglass. I’ll run a few tests and then try it out at some point in the future. 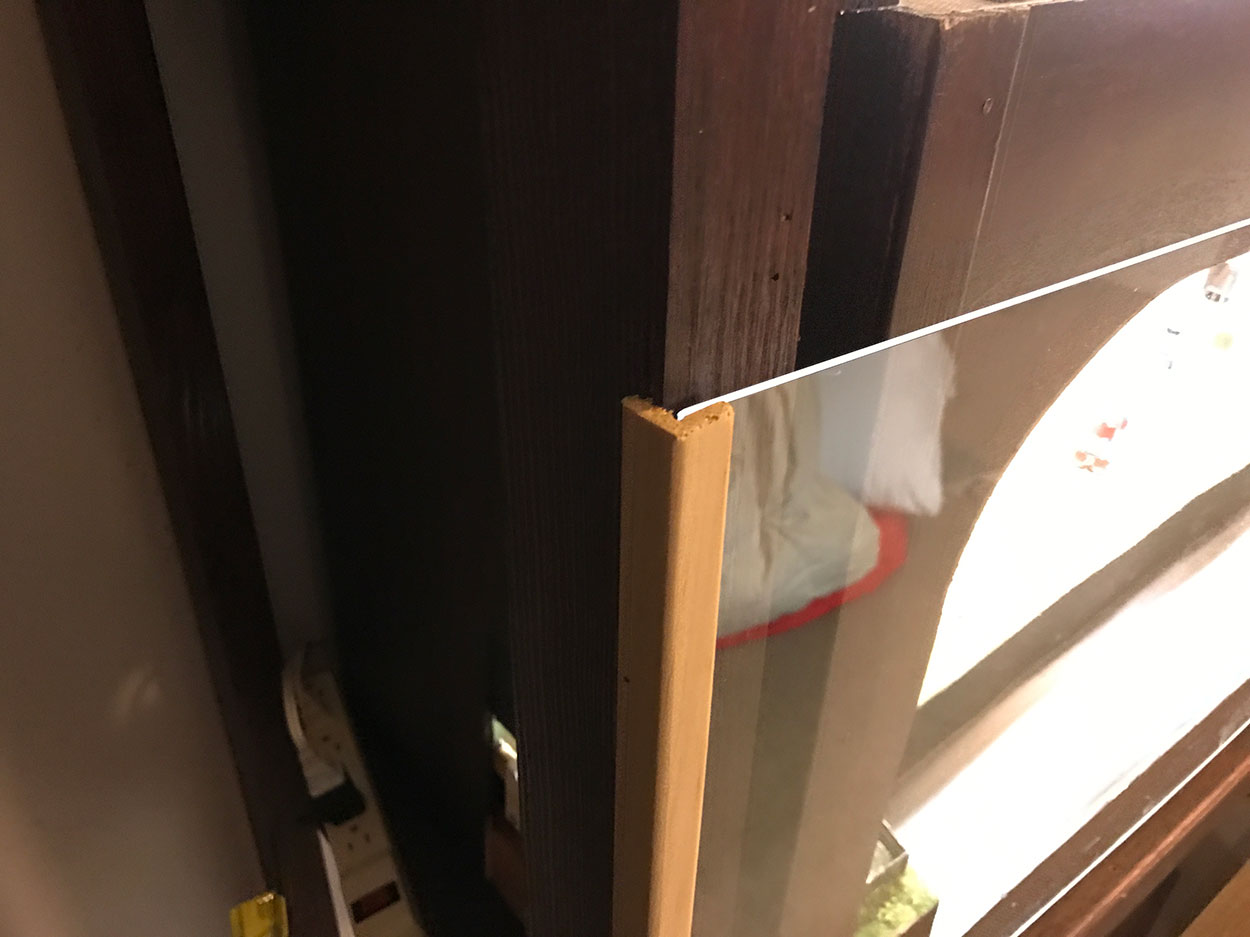 After I had stained the new wood and returned The Town module to its shelf the whole unit looked really nice. 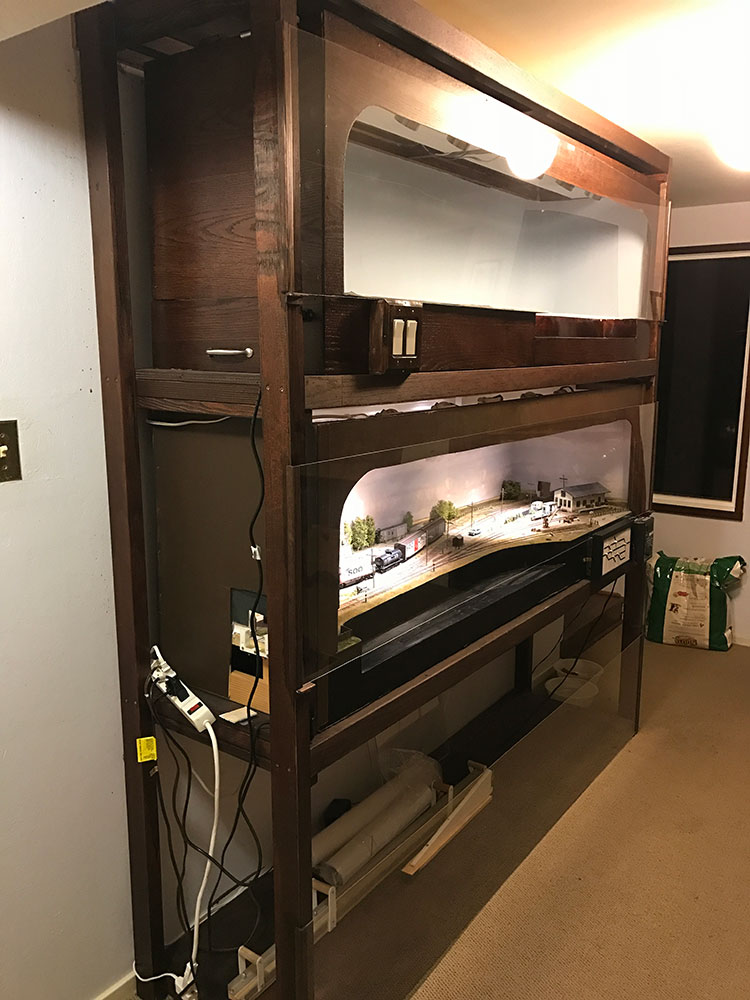 The time it took do deal with all this was about four months! During that time The Depot has been out of action. With glass fronts now fitted I can get back to working on it. The plan is to clean it up, get it working again, do some running sessions, photography, build another cassette and generally stay on top of things.

The Depot is an ongoing piece of work. I don’t want it to stagnate or be forgotten just because phase one is largely finished. These plexiglass shields now allow me to get back to work on it.