Time flys when you are having fun. I can’t believe my last post was quite so long ago. I’ve been hacking away at the diorama most days early in the morning. Even though I’m working at it each day, I’m working in such fine detail that several days can go by while I put together even smallish scenes. The time is spent mostly waiting for paint and glue to dry and thinking things through and planning during the day. The process is something like:
1. Set up in the morning – gluing, painting etc
2. Check work in the afternoon, clean up and then photograph the work so far.
3. Think things through in the evening, look over the photos of the work and have a plan of action for the work in the morning.

I applied this process to the parking and delivery area:

Using a similar process as above – glue in mornings, tidy up in afternoon, ponder in evening I turned back to the road and crossing. Generally I’m not happy with the crossing – even after trying to improve its look: I didn’t like the surface, the edges are sloppy, and there are gaps here and there due to poor modeling. I’ll do a round a of tidying up and tweaking later but for now I decided to salvage what I could.

Using these tools was able to shape static grass in any way I wanted. The electric tools were especially useful as I they were easily able to cut single hairs down – grass that was sticking out sideways for example. I was able to cut grass down to below 2mm (as can be seen on the parting area) 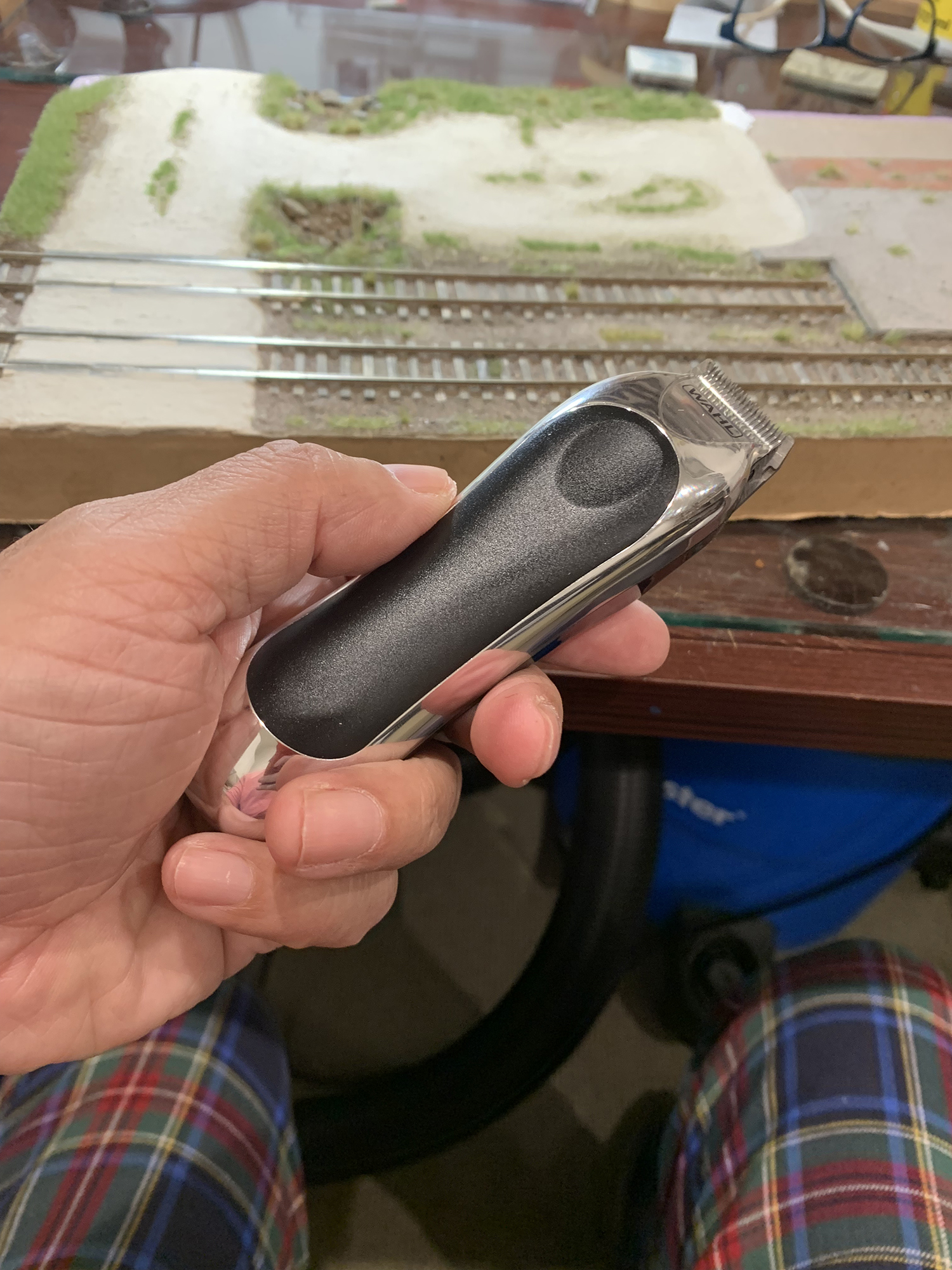 I wanted to bring out more texture in the road and decided it was time to add a layer of gravel. It took a couple of attempts. The problem is that my collection of white stones is translucent and this caused an unrealistic glowing effect when I ground the stones down. I eventually found a stone that was flat matte white and that produced a very nice effect on the road once glued down.