I’ve been plugging away at the diorama and have made some progress. Although progress has been slow it has also been steady. For me landscaping is done in layers over time. For example I installed the crossing and although it looked rough it will do while I work on other areas. Then I’ll come back to the crossing and tidy it up and then move to work on other areas and so on and so on. Sometimes it’s not clear how a feature should look until other areas start coming together so I don’t like to consider any area ‘finished’ until the end.

Here’s where I’m at:

I painted the platform edges – made from basswood and meant to represent repurposed ties – in grey paint and then ran my chalky finger over the grain to give it a weathered look. I think it came out great and represents the weather-beaten look of old worn wood. While I’m pleased with the cracks in the asphalt so far, at a later date I will add some potholes, grass and I will darken the cracks to emphasize them more. 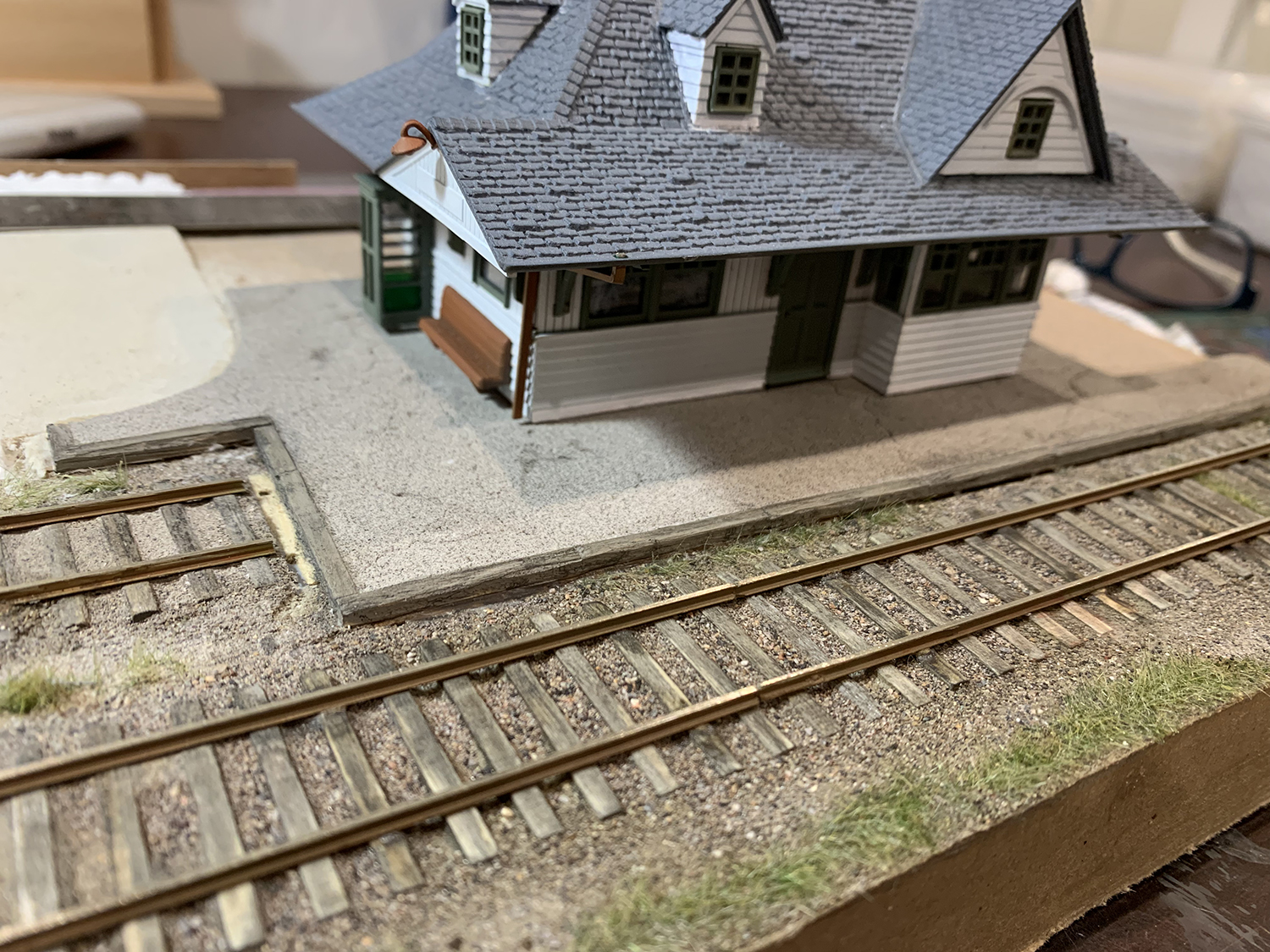 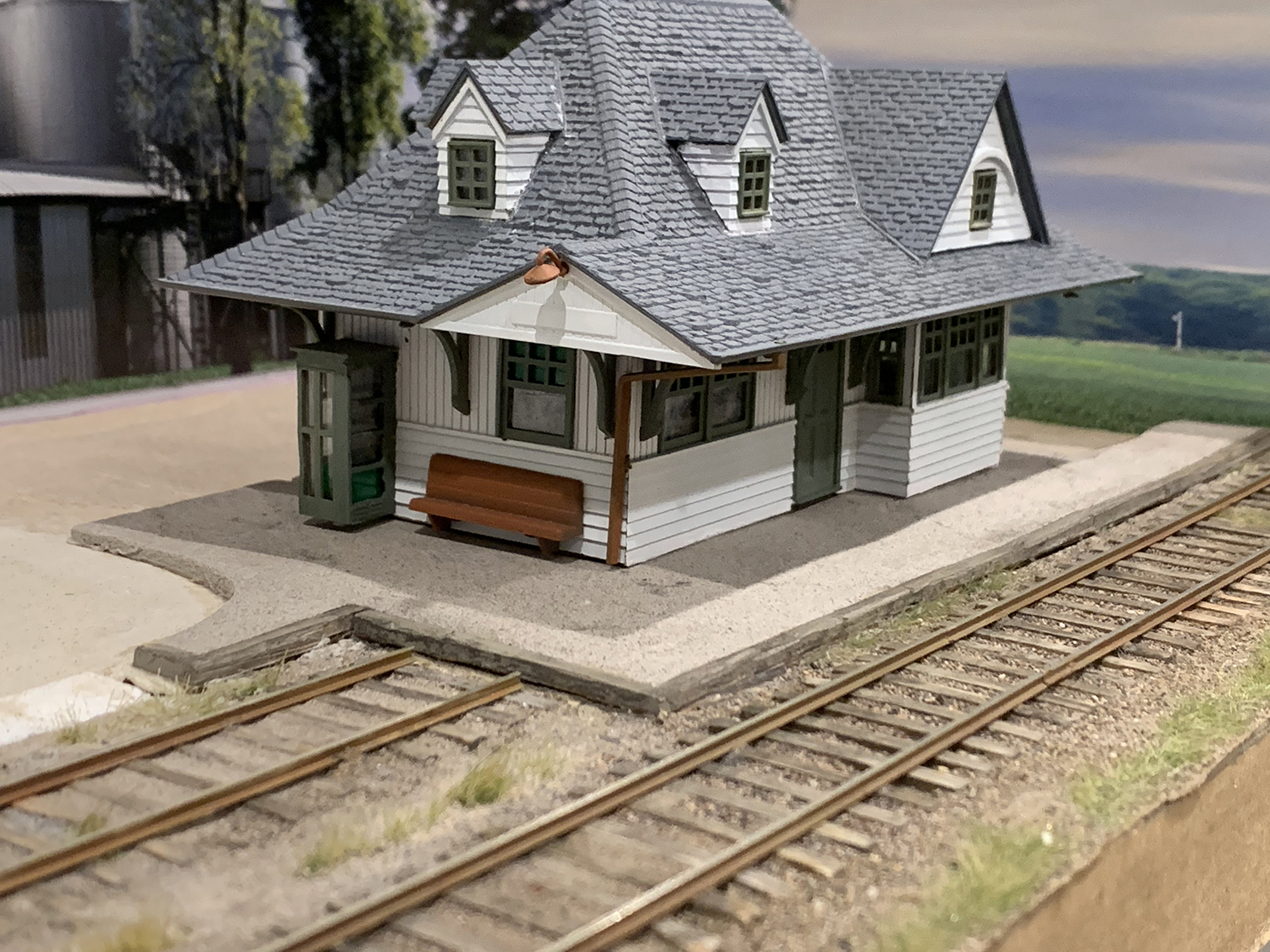 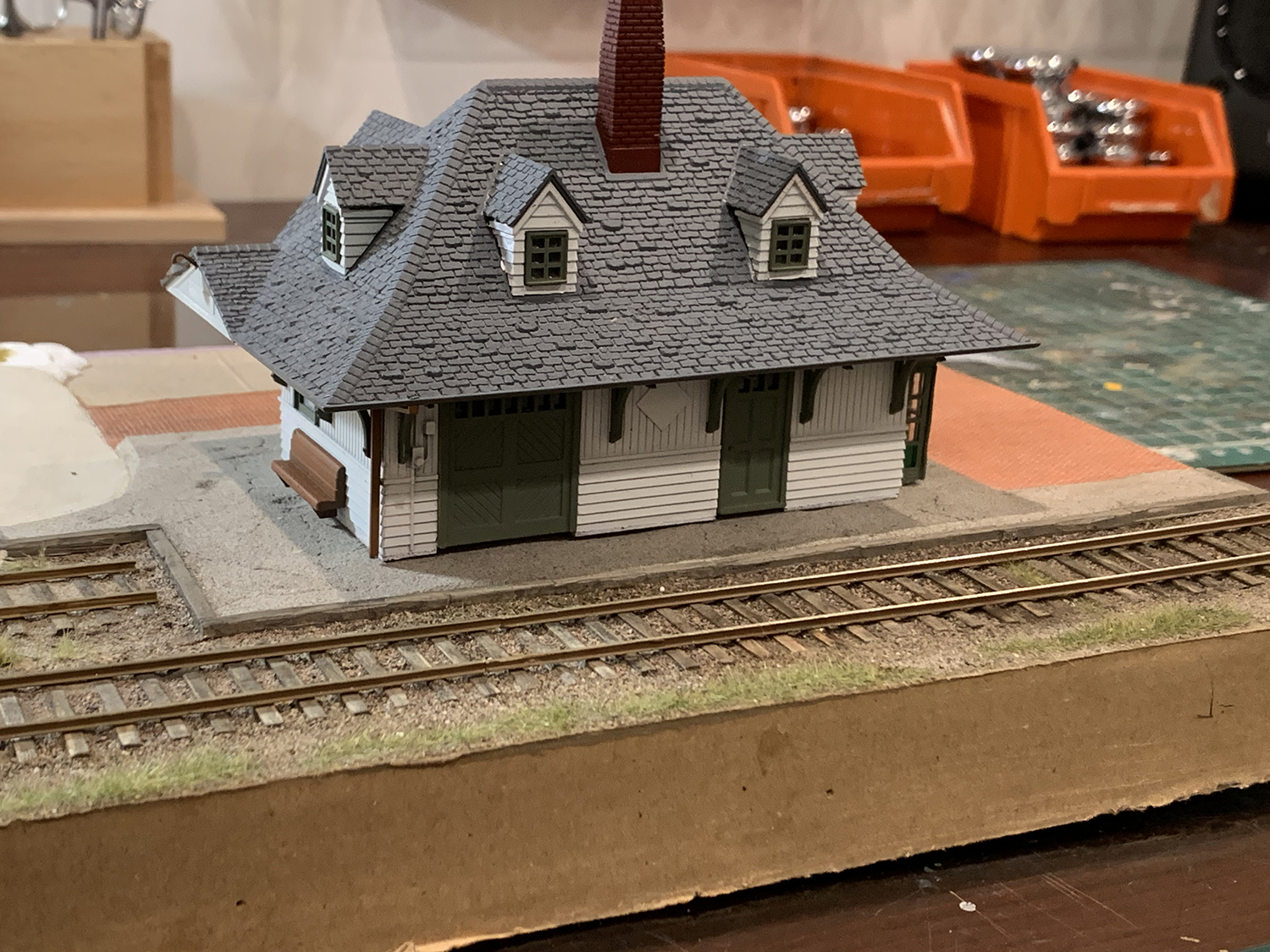 I tidied up the crossing a little and it is starting to look much better. I’m intending to clean up the surface as it still looks messy. I’ll be adding more details at a later date such as grass edges and different shades of dirt and dust.

There are small ditches either side of the entranceway. I like to use a mix of natural materials for these little vignettes. I have store of different grades of rocks and sand and any grades I’m missing I grind up in my pestle and mortar. I’m still not brave enough to use paint to enhance the colors but moving forward I’ll build a few test vignettes and see how best to combine natural materials and paint to create an attractive scene.

I had some Micro Mark embossed brick paper laying around and decided to use it for the surface of the path at the rear of the depot. This has been the only risky feature I have built so far as I had no idea how it was going to turn out. I built a few tests to practice laying the brick paper down as well as test weathering. The result is ok for the moment and I will come back to it at a later date.