Back after a three week European trip. Time to wrap up this trip diary and get back to some modeling!

After Wendel I headed west to Susanville and Westwood. By doing this I left the Modoc mainline and was now following the branch line. This branch line was originally built by the Southern Pacific to connect Fernley (and the SP mainline) with the logging areas of the Californian Sierra Nevada. 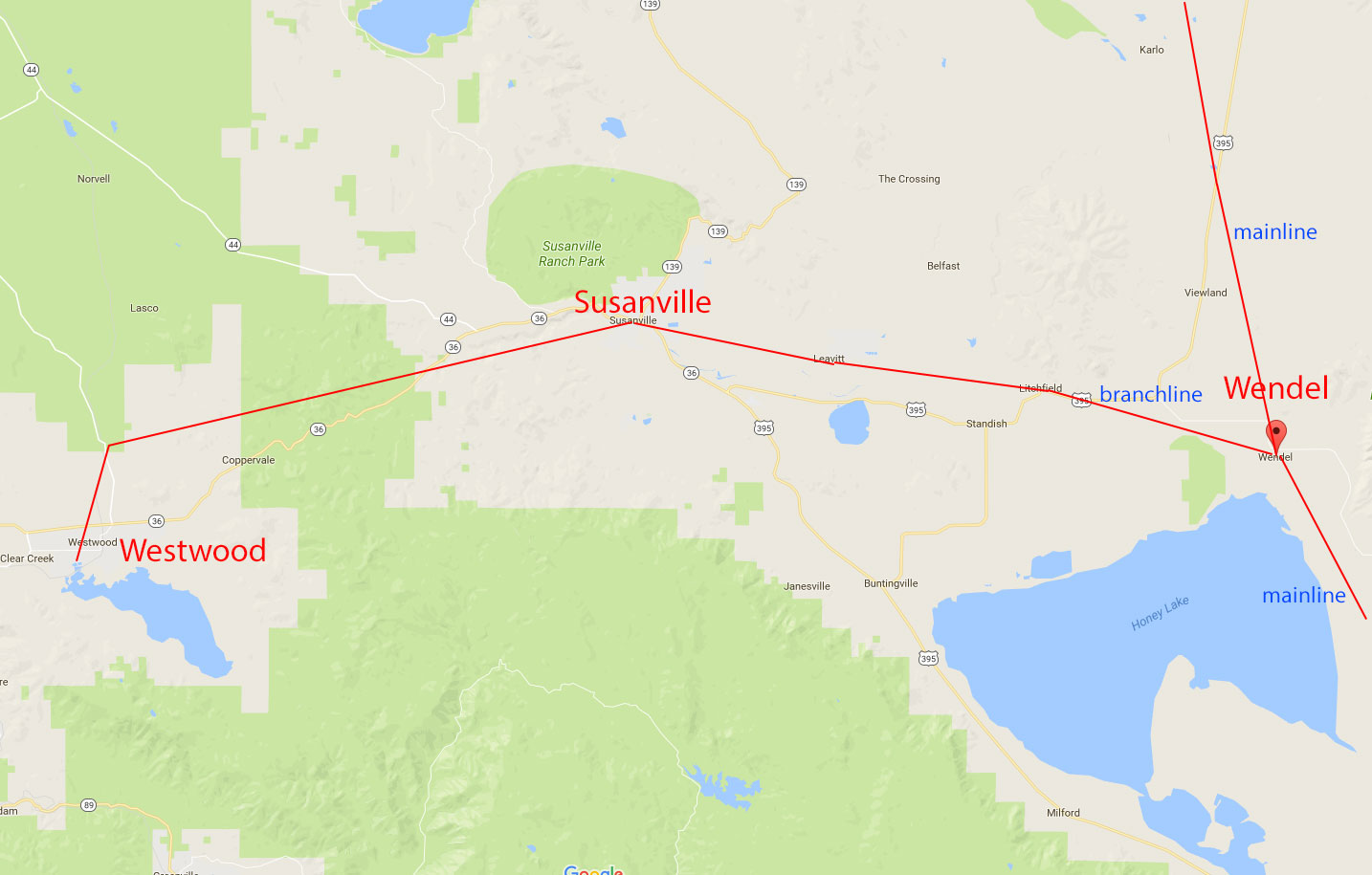 The town of Westwood was built by Thomas Barlow, the owner and founder of the Red River Lumber Company. After completing cutting trees in the Mid-Western USA around 1910 he turned his attention to the north-eastern reaches of the California Sierra Nevada where thousands of acres of timberlands lay ready for exploitation. He constructed a large sawmill complex and attendant housing for its workers and then negotiated with the Southern Pacific to have a railroad connection built from their mainline at Fernley. This became the Lassen and Fernley Railroad – the same railroad that I had so far been following from Fernley.

The Southern Pacific had hoped that this branch could have been part of an earlier Oregon cut-off scheme to connect the Overland mainline with Klamath Falls. However the US Government anti-trust investigation and near breakup of the SP of the early 1900 delayed and then ended that version of the planned cut-off in favor of the purchase of the N-C-O and the construction of the cut off from Alturas to Klamath Falls in 1925.

The branch had a vibrant and busy life shipping lumber to eastern markets but gradually traffic began to be lost both to trucks and also due to changes within the industries that used the finished products (such as the switch from wood to cardboard for fruit transportation).

The branch from Susanville to Westwood was abandoned in 1955 due to a bridge washout. The line from Wendel to Susanville was abandoned by the SP in the early 1980s but then operated by an independent company until finally being closed and pulled up around 2006.

I had marked a whole bunch of features that I wanted to examine closely such as road crossings, bridges and any still-standing buildings but in the end I rushed to Susanville for lunch and missed seeing any of the roadbed on the way. It will have to keep for another trip (I am planning to return for a quick visit in a few weeks). My only comment about this part of the journey is that the area is incredibly beautiful. This part of California is kind of forgotten by the rest of the state but I would highly recommend a visit. It was fascinating watching the gradual change from desert and brushland to agriculture and eventually tree-lined mountainsides – all within a fifty mile area.

Susanville was once an important lumber town with extensive industrial operations that included saw mills and box manufacturing. Besides the Lassen and Fernley branch there was also a network of local railroads that transported logs from the forest to the various mills dotted around this part of Lassen County. All this is now gone. The mills have shut and the railroads have been pulled up. Of the Susanville branch, all I found was the original roadbed through the town and a preserved station.

The station has been preserved along with a couple of stretches of track. The remaining roadbed to Westwood has been converted to a cycle track.

I journeyed from Susanville to Westwood through a tree-lined hilly landscape – very different from the open spaces of western Nevada. This was once a major logging region and I had fully intended to explore it the following day after spending a night (via Airbnb) in Westwood. Unfortunately I found that I missed home too much and with the Bay Area only four hours away I decided to forgo the nights stay in favor of returning to the family. Westwood and district will require deep study and I will return to do it justice another time. I have a book on the local railroad system and want to read, study and plan a proper dig around the area. 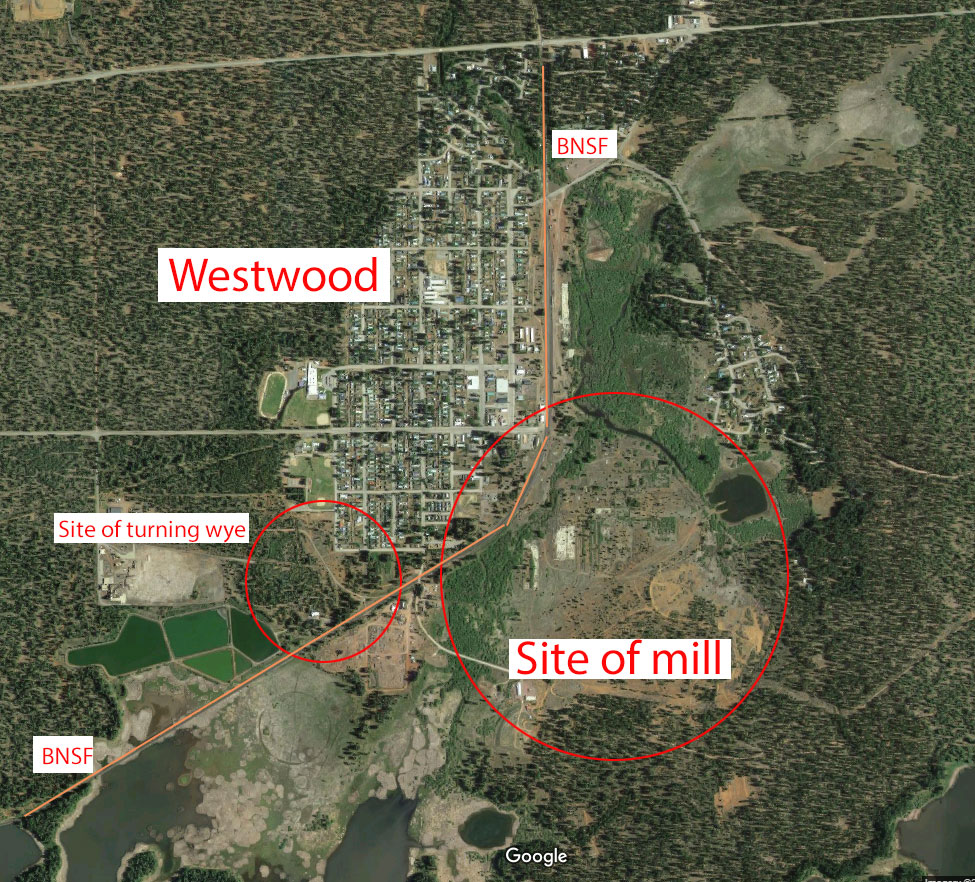 I only managed to get a few pics of the BNSF to Klamath Falls and the station building.

I’ll be returning some time soon to track the remaining part of the Modoc line north to Klamath Falls. It was a fun day out looking at this historic and fascinating line. Most of it can be driven on and I’ll rent a Jeep or some similar kind of vehicle when I return so that my brother and I can drive and camp along its route.

Thanks for reading. Now back to some modeling.