Same process as the first two crossovers – using the Tim Warris notched rails method. The only mistake/customization I made was to make the outer guard rail further from its running rail due to the extreme curve of the track. But it looks interesting and works really well. The trucks run smoothly through the crossover without any issues. 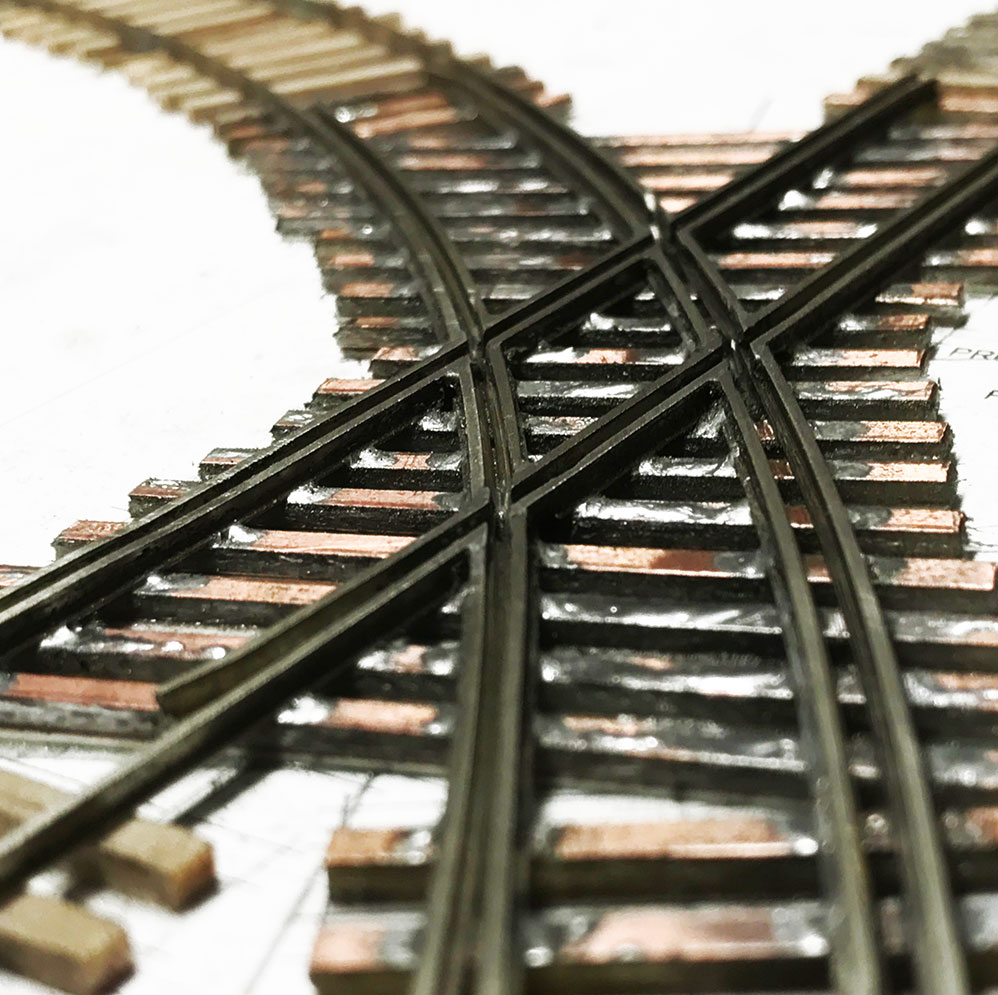 After a night sleeping on the issue I’ve now woken with a clearer head and have taken another look at the crossing. The question is can I live with the uneven spacing of the guard rails? It is now really starting to bother me. If I want to redo it then it only takes an hour but I’m going away Monday for two weeks so this might have to wait until I get back. I’ll decide what to do and when to do it later today.

I’m moving on. I haven’t got the stomach to redo the crossing. When viewed from the side it will hardly be noticeable and I’ll just learn from the experience. Next up is the final turnout and then assembly of all the components.